Home City Which will win – the Blewcoat School or Pret a Manger?
CitygemshiddenLondonMy LondonSt James Park 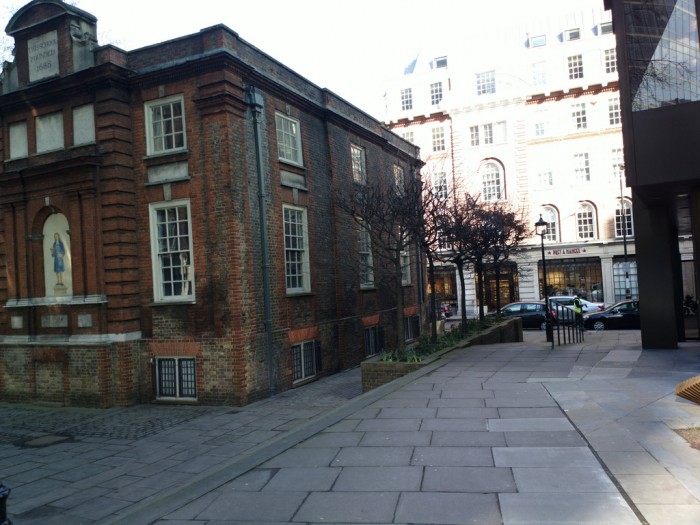 The centre of Victoria – including the station and most of Victoria Street – is being torn apart by our good friends at Land Securities. But there remains one pearl of a building that has somehow survived for nearly 350 years, which will probably turn out to be more than 250 years longer than the giant office blocks going up all around it. The Blewcoat School, owned by the National Trust, was until recently a marvellous cafe with free wi-fi and luxurious armchairs, one of my favourite places in London to have a cup of coffee and a cake. It is situated behind the Albert pub (a Johnny-come-lately dating to 1865). Sadly, economics got the better of it and the Blewcoat School (founded 1698) closed its doors to be followed a few months later across the road by – good heavens – yet another Pret a Manger (founded 2013), the fourth in Victoria. But all is not lost. There are whispers that the Blewcoat school will re-open before long and with public access. Let’s hope it is another cafe or something that preserves its history in a fitting way.

And what a history! The school was founded in the midst of the “school wars” of the 17th century when rival religions were fighting for the souls of paupers. Local Anglicans were up in arms that Roman Catholic schools were springing up to provide a free Catholic education for poverty stricken children in the neighborhood. If poor kids were to be given free education then it must be C of E they argued and donations poured in to make this come true. The turf wars of the churches produced not only the Blewcoat School – so called because the pupils wore distinctive blue coats – but also a Greencoat School, a Browncoat School and even a Greycoat School which still exists as a successful state school for girls. Reminders of these schools can be found in the street names in the area.