PINEAPPLES, ever since Christopher Columbus came across them in Guadeloup in 1493, have been a symbol of hospitality and wealth. Nobles were prepared to pay the equivalent of £5,000 apiece for them to impress guests at their dinner tables. Which may help to explain why they have become hidden symbols of London as a welcoming city – well, until recently . .
Once you see one you start seeing them everywhere. The first I came across – on the top of the four obelisks at either end of Lambeth Bridge – I thought were a one-off tribute to John Tradescant, the seventeenth century gardener and botanist who is buried a few yards away in St Mary’s churchyard, Lambeth (now the Garden Museum). He is credited with bringing the first ones to England. But look around and you are seldom far from a stone pineapple in central London. A few hundred yards from Lambeth Bridge in Smith Square the church of St John the Evangelist sports a number of pineapples on its spires. 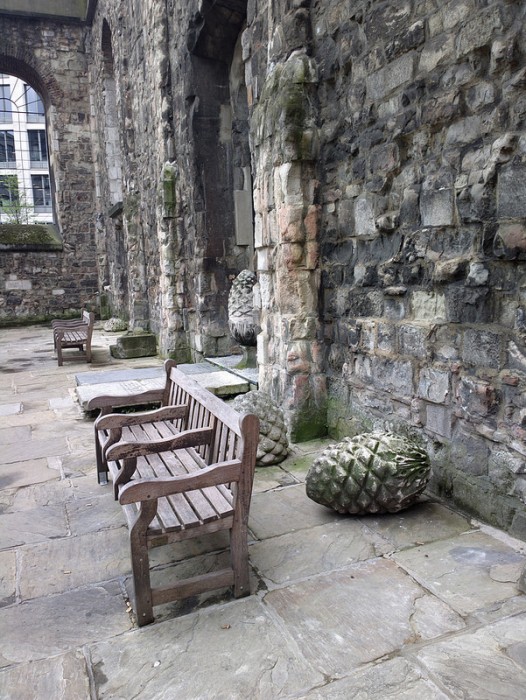 If you look up at the two towers on the western side of St. Paul’s Cathedral you won’t see a cross or a statue but a pineapple. There is also something that looks a bit like a pineapple on top of the dome itself. Christopher Wren seems to have been very partial to them as he also put them on his (war-bombed) Christ Church in Newgate Street (above) where they are currently adorning the ground like discarded sculptures and maybe a reminder that London is becoming a less welcoming place to strangers than it once was. Evangelists for the pineapple point out that Norman Foster’s iconic office block overlooking St Paul’s actually looks more like a pineapple than a gherkin. They have been campaigning for a change of name. 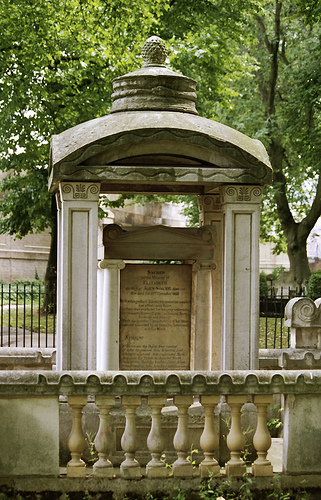 One of my favourites is in the churchyard of St Pancras’ Old Church (above) where Sir John Soane, the architect, had a pineapple plonked on top of the tomb he designed for himself which became the inspiration for Giles Gilbert Scot’s iconic red telephone box (without the pineapple). It is, incidentally one of only two Grade 1 listed tombs in London. The other is that of Karl Marx in Highgate cemetery.
Pineapples were often sculpted on to railings as a welcoming sign. There are literally dozens of them in the roads around Devonshire Street north of Broadcasting house, some painted gold, some silver and some black. Others are in Soho Square, the old Greater London Council building, Whitehall, Mayfair and the Inns of Court, Queen’s Gate Lodge, Westminster Abbey’s garden, and even at the top of the National Gallery as Maggie Jones has chronicled here the
You can view more at pineapples here.There is even an abbreviated map to show you around. 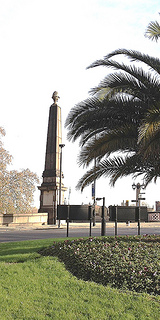 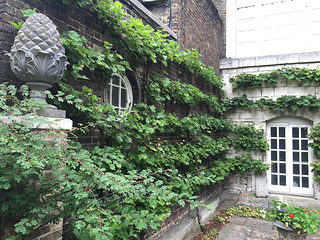 Trafalgar Square to Margate – without crossing a road