Home archeology The man who made London
archeologygemshiddenLondonMy London 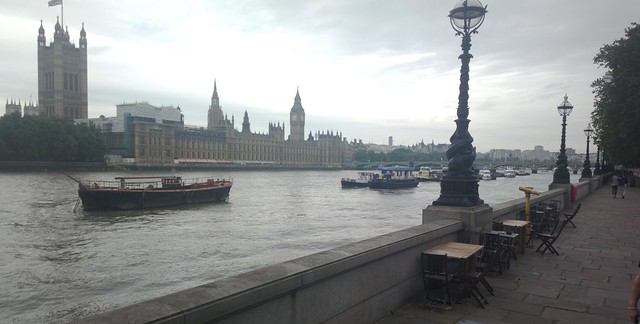 Sir Joseph Bazalgette, the great Victorian engineer, has a very modest memorial. It is embedded in a mausoleum-like wall opposite Embankment Station (see, below), easily passed by without being noticed. A few hundred yards down the road towards Blackfriars there is a much grander statue of his better known contemporary Isambard Kingdom Brunel. Maybe Bazalgette doesn’t need a statue. London is his memorial. No-one but no-one has had a greater effect on the way Londoners live than he, even including Sir Christopher Wren who left his mark over a much smaller footprint of land.  If he had only built his bridges (Putney, Hammersmith and Battersea) that would be monument enough for anyone else. But Bazalgette, as chief engineer of the Metroploitan board of Works, also expanded the landmass both sides of the Thames by building embankments from Lambeth Bridge to Blackfriars. Without his achievements there would have been no land on which to build today’s world-leading entertainment complex on the south bank, nor the wonderful gardens on the north bank. He built roads such as Shaftesbury Avenue, Nothumberland Avenue and Charing Cross and shaped Clapham Common, Battersea and other parks. He even built schools. As Stephen Halliday recalls in his excellent book,The Great Stink (from which I have liberally drawn): “The millions who use his parks, streets and bridges every day rarely speculate about how they came to be built. Without Sir Joseph Bazalgette they might never have existed at all”.

But his biggest bequest by far to London cannot be seen at all. It is a vast underground system of ordinary sewers and intercepting sewers (which catch most of the sewage flowing towards theThames and divert it to treatment plants in east London). This made London a modern city.

The wrought iron lamposts with their sculpted Dolphins, which to this day run 70 feet apart – all numbered – along the length of  the Embankment, are his above ground memorial. They are still lit by gas which, appropriately, they get from stretching down to the subterranean world that Bazalagette created and which plaŷed a major role in eliminating cholera, typhoid and other water-borne diseases from the Capital. They  still bear the initials (MBW) of his employer the Metropolitan Board of Works (see, left) and the foundry that made them, Masefield of Chelsea. Curiously, they were not always gas fired. As Halliday recalls, large crowds gathered on the Embankment in 1878 to watch the great switch over from gas to a new invention called electricity using a technique imported from Paris. The experiment failed. Five years later they switched back to gas and have kept to it ever since.

Bazalgette did many other things that enriched London, not least beautiful sewage pumping stations such as Crossness which would feel more at home in the Victoria and Albert Museum than as part of a sewage system. It us unlikely that  sewage works will ever be built like that in the future. That’s because there is unlikely ever to be a person like Bazalgette again, with the power and ability to build to replan an entire city from top to bottom. 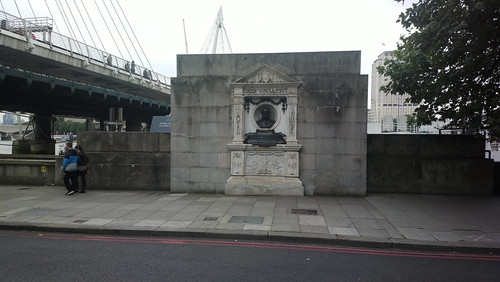 The memorial opposite Embankment station