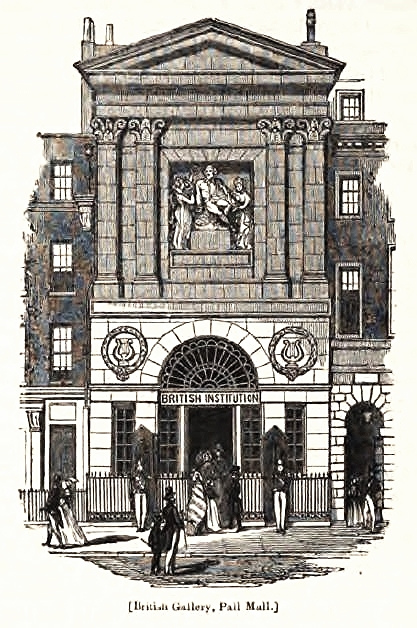 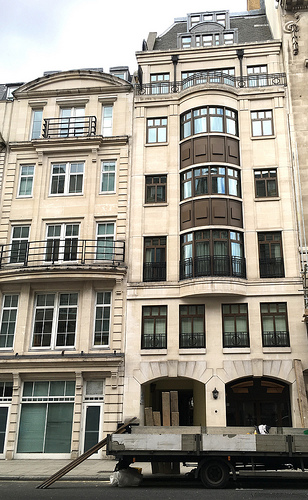 The Shakespeare Gallery, Pall Mall then (left) and now (right)

DURING Shakespeare’s 400th anniversary spare a thought for a London street normally associated with exclusive clubs rather than high culture. Walk down Pall Mall today you are denied entry to almost every building on the south side unless you are a member of one of the clubs. It is difficult to believe that in the late 18th century this street was a hive of artistic activity mainly around Shakespeare. It was triggered by the artrepreneur James Boydell who opened the Shakespeare Gallery in 1789 at 52 Pall Mall which soon contained 180 specially commissioned paintings depicting scenes from Shakespeare, many by established artists such as James Fuseli, Sir Joshua Reynolds and George Romney. It sported a large statue of Shakespeare (see above) which now resides at the bottom of Shakespeare’s garden at New Place, Stratford-upon-Avon. The gallery was free and was intended to direct British art to a more classical direction choosing rich literary themes instead of portraits. But Boydell also had a business plan. Like Hogarth earlier in the century he sold engravings of the paintings here and on the Continent with great success until the Napoleonic wars broke out, cutting off the Continental market, which led to his bankruptcy – and a fire sale of all his artworks in a lottery.
On January 28, 1805, William Tassie, a London gem engraver, struck lucky. His three guinea ticket to the lottery won him the entire contents of the Shakespeare Gallery – over 160 pictures at the height of its fame.Tassie refused an offer from Boydell’s nephew Joshua to buy them back for £10,000 and they were sold at Christie’s for just over £6,000, way below their cost price. As a result the Boydell collection, which in its day challenged the artistic supremacy of the Royal Academy – which until 1780 had also been located in Pall Mall before moving to Somerset House – bit the dust. Many of the paintings disappeared for ever. But some have been retained in galleries and private collections many of which are on show at a special exhibition at Compton Verney to mark Shakespeare’s 400th anniversary.

The Boydell gallery was but the biggest of a mini explosion of artistic galleries often featuring Shakespeare in Pall Mall at that time. In 1788, a year before the Boydell gallery opened Thomas Macklin’s Poets’ Gallery which showcased over 50 British poets including Shakespeare, opened to an enthusiastic response. Meanwhile James Woodmason moved his New Shakespeare Galley from Dublin to Schomberg House at 88 Pall Mall in 1794 across the road from Boydell’s initiative which he copied by using illustrations and text employing some of Boydell’s artists. Among the works Woodmason commisioned were Matthew Peter’s Death of Juliet as she prepared for suicide, dagger in hand, and Fuseli’s depiction of Titania falling in love with Bottom from A Midsummer Night’s Dream.

The Shakespeare galleries in Pall Mall must have left something in the air because years later in the 1840s after their closure Isambard Kingdom Brunel (1806-59), the great engineer, who was living in nearby Duke Street, commissioned paintings of Shakespeare scenes from some of the top artists of the day including Edwin Landseer and Charles West Cope. They were hung in his spacious dining room which came to be known as the “Shakespeare Room”.
There were others. Henry Fuseli opened a Milton Gallery in the late 179os, Christies had their showroom there, Schomberg House, the facade of which still exists today (complete with statues made of artificial COADE stone) was host to the studio of Thomas Gainsborough and also the exhibition rooms of the Polygraphic Society which aimed to make multiple copies of oil paintings available for people who couldn’t afford the originals. At the other (eastern) end of Pall Mall at Spring Gardens the Society of Artists had its main exhibition venue while on King Street (off 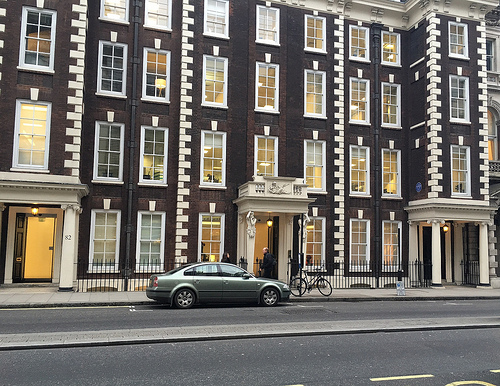 St James’s Square) there was another gallery, the Imperial Museum, (later the European Gallery) which showcased British and Continental paintings. There are still lots of paintings in Pall Mall but they are all behind the closed doors of the clubs. There is nothing, apart from the Schomberg facade (photo, right), to remind us that Pall Mall was once had a strong claim to be the artistic centre of London.

The hidden memories under Victoria Street’s last bit of greenery