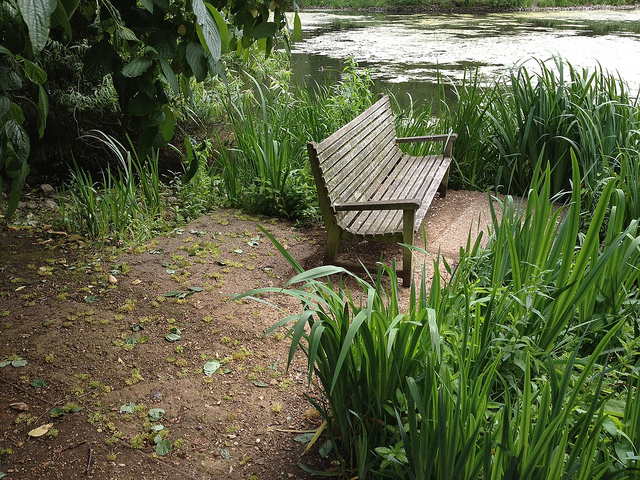 These four granite slabs under the bench came from John Rennie’s London Bridge which was opened in 1831, demolished in the early 1970s and then sold to an American entrepreneur who rebuilt it in Arizona as a grand folly.  John Mowlem, the building company which demolished the bridge offered some of the surplus  granite blocks – it had around 200 in all with an average weight of two tons – to Kew Gardens. Kew took four of them, conveyed in two journeys from Mowlem’s Cambridge depot, in June 1974 and placed them on the banks of the big lake near where the Sackler Crossing now is on the southern side. They were originally intended as a spot which birds could feed on but now there is a bench on top and hardly anyone knows the history beneath. But at least old London Bridge has London feet on it again