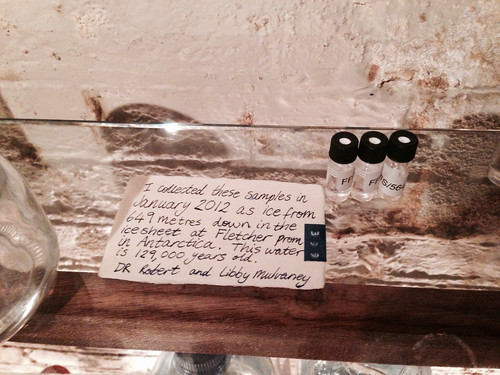 LONDON owes its existence to water. Without the Thames there would have been no point in building it. In olden days Westminster – Parliament, the Abbey and the School – were built on an island (Thorney) surrounded with water from the  delta of the Tyburn and the Thames. And if you want to be nerdy London itself has become an island thanks to the canal system around its perimeter.
So it is wonderful for London to have a Museum of Water which has been created by the artist Amy Sharrocks (below, right) at Somerset House (but be quick, only till the end of the month). I found it a rather magical experience. 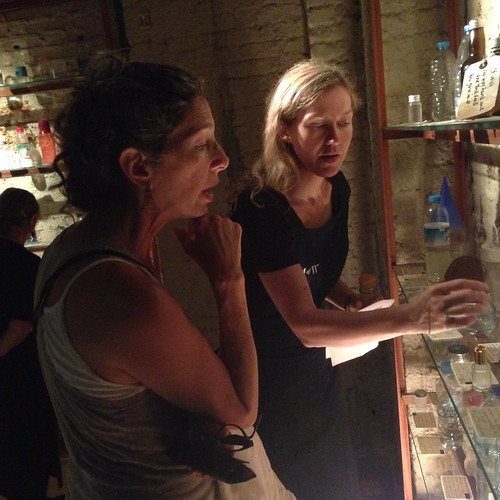 Visitors are encouraged to bring some bottled water and to attach a message saying what it means to them before they are lined up on shelves around the cave-like interior (the bottles, not the visitors). By the time I had left this evening 487 people had deposited a bottled-up part of themselves there including one from me (number 486 since you ask). They range from one of Amy’s own (from the Grand Canal in Venice) to a jar of water left to evaporate on the death of a loved one leaving nothing but memories. A 4 year old girl left water collected from a sea filled with jelly fish in Malta while another took sea from the north of Scotland where the Atlantic Ocean meets the North Sea. There is a core sample taken from the exceptionally cold weather around 1816 when it was too cold to go out which, apparently left Mary Shelley, Byron and friends to tell ghost stories to each other which led to Mary writing Frankenstein (and Munch inspired to paint The Scream). A clergyman wept tears of joy on learning he had been accepted for ordination. My fave was three small phials containing water donated by someone on the British Antarctic Expedition (see above) which was 129,000 years old. Wow.
My own was a sample collected that morning from the Thames on the south side of Vauxhall Bridge where 6,000 year old piles appear only at very low tide. In between they have been saved from deterioration by the protection of Father Thames as a curator of his own history. I was interested to see that after the container had been left standing for a few hours the mud settled leaving almost clear water – a glimpse of what the Thames would look like if only there wasn’t mud underneath.
There were some strategically placed buckets of water which I presumed were part of the exhibition but turned out to be catching drops from a leaky roof. But it is still water so is part of the show. That’s the magic of it. Everything is the same (it’s only H2O)  yet everything is different because of the context. And this show could hardy have a better context than the leaky subterranean depths of Somerset House which itself lost its river frontage when the Embankment  was built.