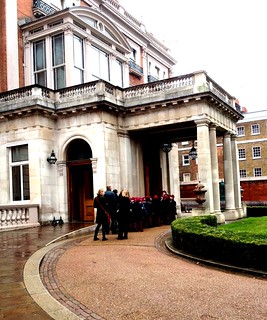 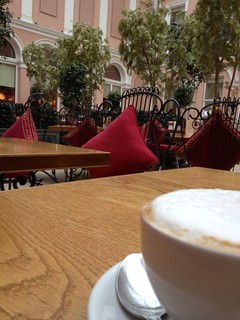 AT AN auction in Paris in 1865 James de Rothschild, the richest man in the world – far richer than Bill Gates is today – was beaten in his bid for a painting which sold for six times  its pre-sale estimate. The man who beat him was the fourth Marquess of Hertford and the painting was entitled Portrait of a Man (portrait d’un homme). Today we know it as the Laughing Cavalier, though the subject of the painting is neither smiling nor a cavalier. It was executed by Frans Hals in 1624 and it is probably one of the best-known portraits in the country if not in Europe – known somehow even to children – and would fetch well north of £100 million if it were sold today.

Except that it won’t be. It is but one of countless treasures housed in the truly impressive Wallace collection in Manchester Square London. It was a condition of the bequest to the nation (by the widow of Sir Richard Wallace, the illegitimate son of the fourth Marquess who collected most of it himself) that the collection should be on view to the public in its entirety: no painting or artefact – and goodness knows, there are plenty of them – should be lent let alone sold. Given the comparatively small area of the house this must make it the densest collection of artistic wealth in the country. And maybe anywhere. And it is free. 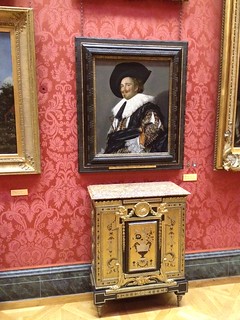 Where did the money come from? As with the Grosvenors it came from land and marriage. The louche 3rd Marquess of Hertford married Maria Fagnani in 1798, She was the illegitimate daughter of a former dancer who was bequeathed separate fortunes by two very wealthy men (the fourth Duke of Queensberry and George Selwyn) both of whom thought they were her father. C’est la vie. . . But a detour into the Hertford familly would need a thick book. There are so many pictures in the gallery, many of them masterpieces, including 22 Canalettos, French 18th century classics plus works by Titian, Velasquez, Rubens, Gainsborough, Reynolds and, ooh the Rembrandts, that they have to be tiered along the walls. It feels as if a multibillionaire – only one of the rare ones with taste – has run amok with his chequebook.

I like it a bit more every time I visit it, not least for its intimacy. It doesn’t even have lines forbidding you to go near the paintings. In this sense maybe it is a good thing it is a little out of the way (in Manchester Square) because too many visitors might make it difficult to retain the magic it conjures up. But that shouldn’t stop you going and maybe even making a contribution to its upkeep as you leave – after you have had a glass of wine and a snack under Norman Foster’s  glorious atrium. The entire wine list is French, notwithstanding the resurgence of English and Welsh wines, doubtless because the Hertfords were  such ardent Francophiles. Sir Richard himself, who had a palatial apartment in the Rue Laffitte, died in one their other French homes, the Chateau de Bagatelle in Paris. In a word that is so often overused. – not least by me – this is truly a gem of London And I only mention the paintings because that is what interests me most but lovers of furniture swoon at the collection which has more Marie Antoinette furniture than Versailles and the biggest collection of armour in the land etc, etc.

The only criticism one can think of is that there are too many dazzling paintings lined one on top of the other. If they had twice the space it would still look crowded so it is best to come regulartly and spend more time on a selected few. In between read the guide book, The Wallace Collection (Scala) which not only enables you to savour some of the smaller items you have missed but gives a glimpse of how the other half used to live. And how . . .

Little known fact: Among Sir RichardWallace’s charitable donations was 50 drinking fountains scattered around Paris which to this day are known as “Wallaces”.