Home archeology The Walbrook reveals its secrets – 400 years on
archeologyhiddenLondonPoems 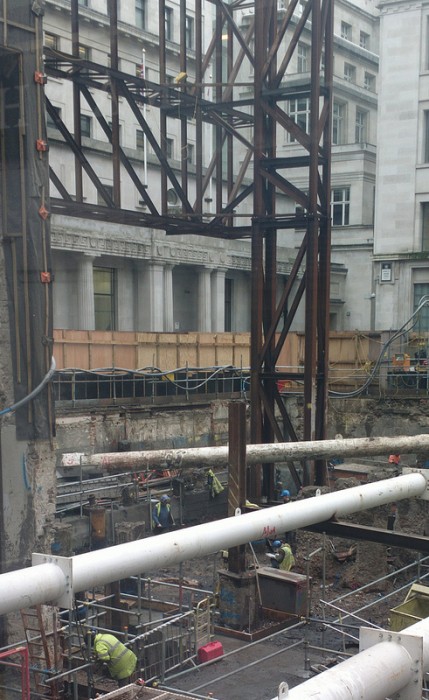 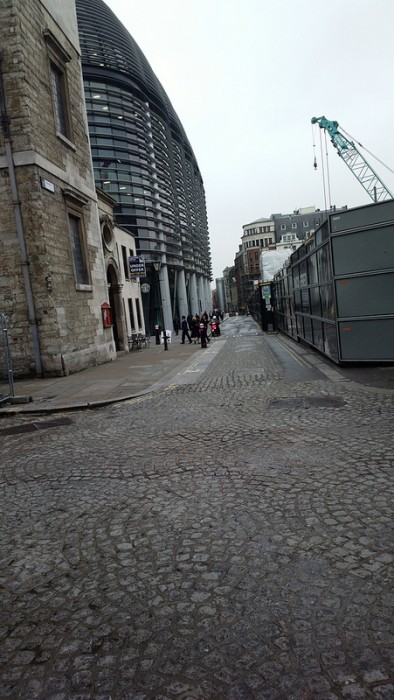 Of all London’s lost rivers the Walbrook is the lostest. Also, the most fascinating. It flowed – and in some places still does – ten metres below the present level of London from Shoreditch along Curtain Road (passing two Shakespearean theatres en route) through the City and  under what is now the Bank of England before emptying itself into the Thames near Cannon Street Station.
This is some lost river. It had already been paved over in 1598 when John Stow wrote his famous survey of London and when Shakespeare was performing in Shoreditch almost on top of its source on the site of the former monastery of Holywell. Now, 400 years later,  it is revealing more of  its treasures thanks to excavation work by MOLA (Museum of London Archeology) at Number 1 Poultry and Bloomberg Place triggered by the City of London’s building boom.
And what treasures! Over 8,000 artefacts have been uncovered at Bloomberg  Place, thankfully preserved by the waterlogged conditions bequeathed  by the Walbrook. Dubbed the Pompeii of the North, the remains are set to rewrite our understanding of London from the Romans’ decision to build Londinium  on the Thames either side of the banks of the Walbrook around 43 AD until around the fifth century.
I was lucky to walk the final stretch of the course of the river in the company of City guide Tina Baxter and water engineer Stephen Myers who is researching a Ph D on the Walbrook. We started in front of Salisbury House,  Finsbury Circus where I onced  worked in the City office of the Guardian totally unaware that it was built exactly on the site of Bedlam Hospital let alone that the Walbrook was close by.
From Finsbury Circus we turned right along Bloomfield Street, right into London Wall  – which gave the stream its name – then a quick left down Throgmorton Avenue, right into Copthall Avenue then left along Tokenhouse Yard into Lothbury at the back of the Bank of England. At the other side of the road you walk down the street called Walbrook  passed the wonderful Wren church of St Stephen on your left (of which the Italian architect/sculptor Canova said there was nothing  to touch it in Rome) with the Bloomberg excavations (boarded up) taking place on your right.  After that, follow Dowgate Hill to the Thames where at low water you can see the exit tunnel of the Walbrook, a river hidden for centuries which is now telling us more of  what we are all about.
Bloomberg, by all accounts, has been extraordinarily cooperative in facilitating the excavations but it remains sad that the amazing discoveries will be filled in. Is there no alternative? On the plus side, the Roman Temple of Mithras, currently in storage, will be restored to its former place on the bank of the Walbrook, a constant reminder to Londoners of the river they have all but forgotten.

The Coaded mystery of the Royal Festival Hall