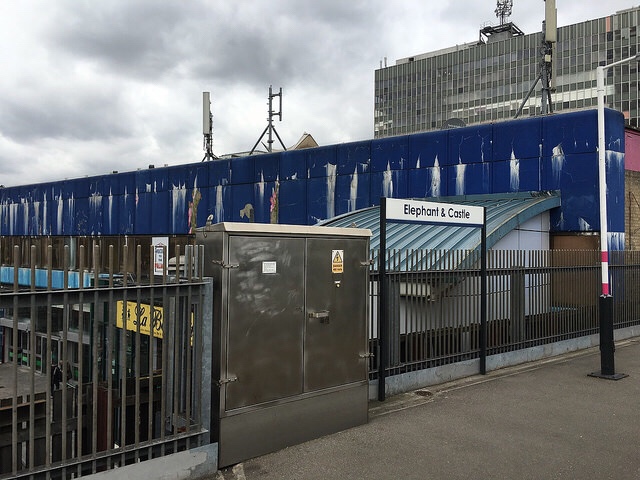 Shakespeare would have had to walk but we can visit the sites of three forgotten Elizabethan theatres – with not a plaque between them – by travelling two stops on the Thameslink line starting from Elephant and Castle and simply looking out of the window.

As the train comes out of the Elephant station – roughly on the site of the recently closed Coronet Theatre on your left – you can see where the Newington Butts playhouse once stood. This is one of the very earliest of the surge of theatres during Elizabeth’s reign.

It is on record that in June, 1594, The Lord Chamberlain’s men gave the earliest performances of Titus Andronicus, The Taming of the Shrew, at Newington and an earlier version of Hamlet not written by Shakespeare. Julian Bowsher, the theatre archaeologist, says: “it is probable that Shakespeare acted there, possibly in 1593 and almost certainly in 1594”. 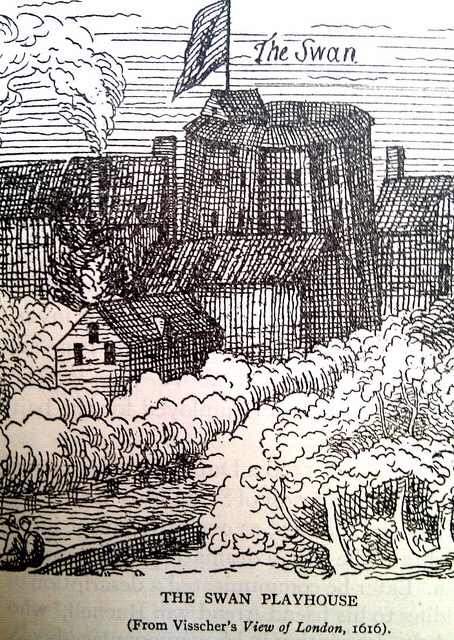 Soon after leaving the Elephant as we are about to enter Blackfriars station we pass on the right a long undistinguished office block which you can almost touch. This is the site of the Swan Theatre, the biggest in Elizabethan times which could hold up to 3,000 people which is at least as big as any West End theatre today. Again no plaque or anything to suggest what it is.

We don’t know whether any of Shakespeare’s plays were performed there but he would certainly have been familiar with it.

It is because of the Swan that we have the only sketch of what an Elizabethan theatre actually looked like. It was drawn by a visiting Dutchman and has become the template for thinking about how other contemporary theatres looked. 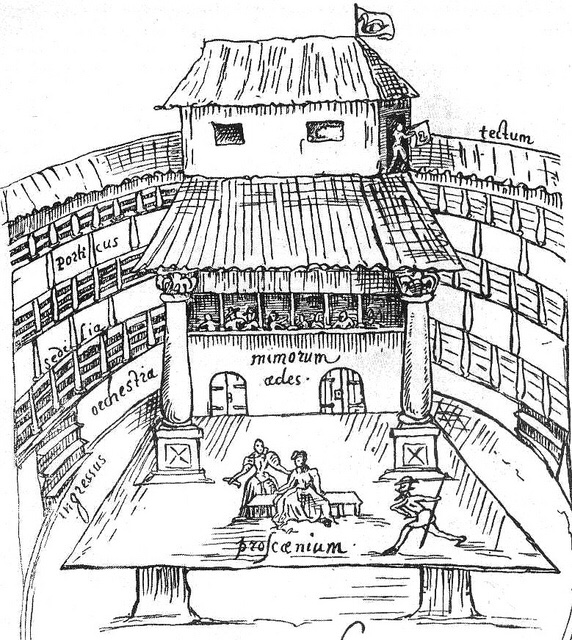 The Swan was situated in an ancient estate called Paris Garden which was a “liberty” and therefore outside the jurisdiction of the City. It was a very seedy place. The Swan was situated close to Holland’s Leaguer, the most notorious brothel in the country which even had its own drawbridge to be pulled up when occasion demanded.

In 1597 the Isle of Dogs, by Ben Jonson and Thomas Nash was put on leading to their arrest for staging seditious material. Shakespeare must have lived nearby because in 1596 a restraining order was served on him and others by someone who feared that the person we know today as “gentle” Shakespeare might be putting his life at risk. 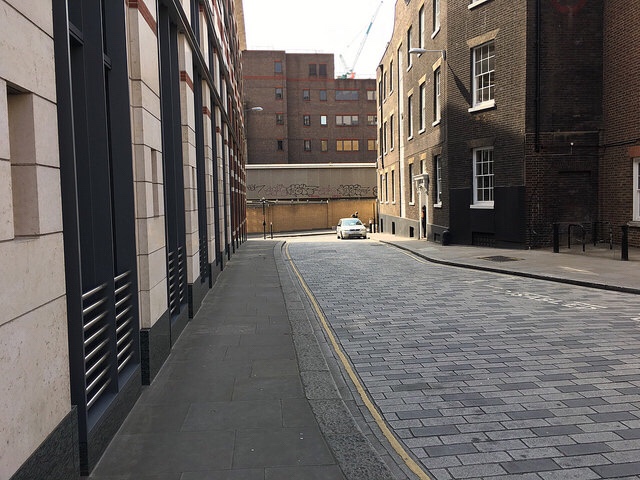 Looking towards the railway and the site of the Blackfriars

Very shortly after leaving Blackfriars station on the right – don’t blink or you’ll miss it – is the entrance to a small yard which was the site of the indoor Blackfriars theatre where in his later days Shakespeare’s troupe made most of their money catering for richer audiences all year round. In Staunton, Virginia American Shakespeare lovers have built a replica of the Blackfriars theatre while in London, as with the other two theatres, there is not even a plaque.

Londoners love Shakespeare in performance but until very recently have been curiously neglectful of his heritage. The most famous memorial to him – a replica of the Globe – was only built because of the dogged persistence of an American, Sam Wanamaker.