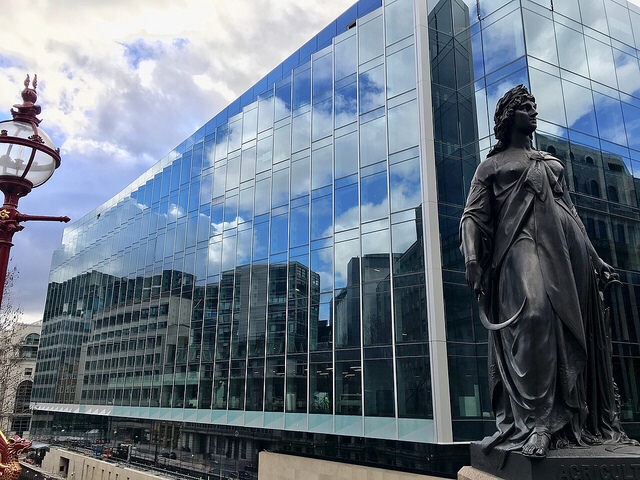 GOLDMAN SACHS, the seriously rich US finance group, has just built a huge £1 bn office block on Farringdon Street just south of Holborn Viaduct. What the Goldmen and Goldwomen may not know is that this temple to Mammon has been constructed on almost exactly the same site where the mendicant Dominican monks – or Black Friars – built their first London monastery in 1224. They later (in 1278) moved down the road to a space within the City boundaries by today’s Blackfriars station.

It is tempting to contrast the opulent lifestyle of the Goldman Sachs toffs with the sombre routine of the Dominican monks begging in the streets – but wait. Life is not that simple.

Piers Plowman, the 14th century poet from Malvern, railed against the lifestyle of the Blackfriars monks accusing them of debauchery and luxurious living.

“They live more in lechery and lying than pursuing any good life; instead, they lurk in their cells and win worldly wealth and waste it on sin, wickedness they would not practice if they knew their Creed or believed in Christ.”

Goldman Sachs for their part have not always lived the high life. They have also been mendicants on a scale the Blackfriars monks could only dream about.

In October 2008 during the sub-prime financial crisis amid fears that the bankruptcy of Lehman Bros could trigger a global collapse Goldman received a $10 billion boost (in preferred stock) from the US Treasury. In other words a mega bailout. Goodness knows what the monks of Blackfriars would have done with money like that.

Like the monastery, the Goldman Sachs building is bounded on the east by Shoe Lane, on the south by Stonecutter Street and on the east by Farringdon Street. The only difference is that the monastery actually extended further northwards beyond Plumtree Court to under what is now Holborn Viaduct.

Before Goldman Sachs came along the site in recent times housed a BT telephone exchange with a lovely ceramic mural outside (since removed to the Barbican). Before that it was a street market with a dodgy reputation for watercress. Life goes on.

The statue on the right is of Agriculture on Holborn Viaduct.