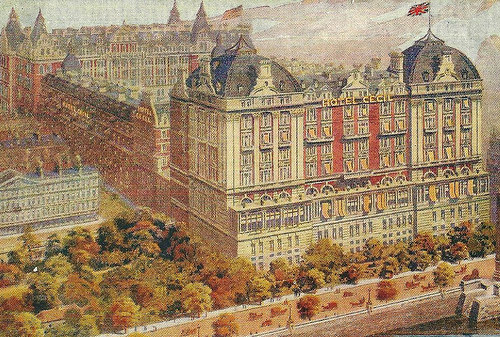 If you walk along the Strand today in the direction of Waterloo Bridge you will probably pass by number 80 (photo below) without even noticing it. It is actually the entrance to what used to be called Shell Mex House formerly the HQ of Shell Mex and BP which is more recognisable from the Embankment end because of its Art Deco clockface, the biggest in London.

Actually it is not what it seems. It is not the entrance to Shell but the shell of a former building, the Hotel Cecil, in it’s day the biggest hotel in the world. If you enter into the courtyard and turn around it is obvious that what you are looking at is the rump of the former hotel now used as offices. 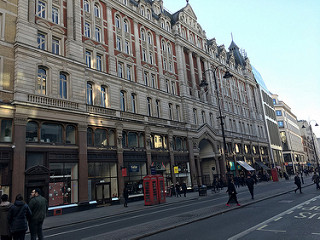 Through the entrance is a substantial portion of the old hotel

The Cecil Hotel needs a book to do it justice.If you walk through the entrance you will see a substantial portion of the Strand Facade of the former hotel.
It was built by a Victorian fraudster and Liberal MP Jabez Balfour using funds from his Liberator Building Society, the biggest in the country before it crashed in 1892, depriving thousands of small investors of their savings. Balfour absconded to Argentina where he lived for a few years before being captured but the hotel was rescued by the liquidator after a new company was formed to complete it.
It was big. The main dining room could serve 600 customers, the second one 350 and the third 200. It was a hugely popular place for dancing and eating during the roaring 20s particularly with American visitors. 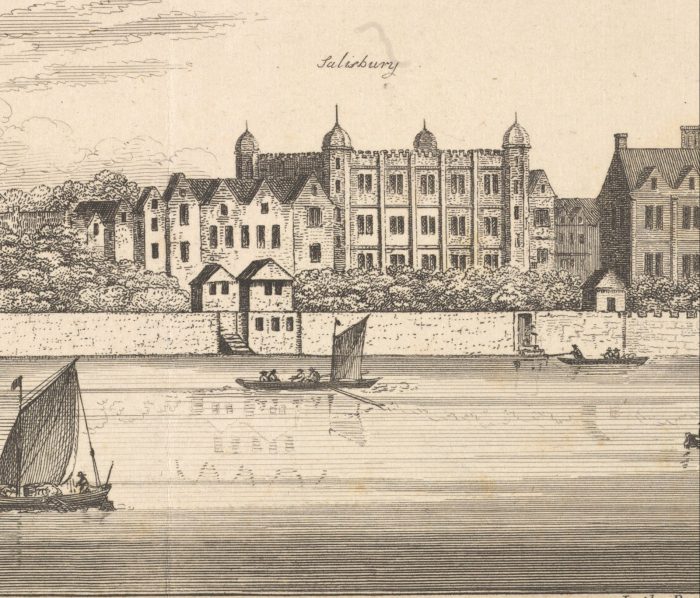 It was called Hotel Cecil to preserve a link with the almost equally large building, Salisbury House, which was built on the same spot by Sir Robert Cecil Secretary to State to Elizabeth 1 and James 1. It was one of the chain of grand palaces that occupied the whole of the space between the Strand and the Thames as immortalised by the drawings of Wenceslaus Hollar the Czech engraver. It is not to be confused with another Cecil House built on the opposite side of the Strand by Sir Robert’s dad Lord Burghley which was constructed on the site of today’s Strand Palace Hotel.
The fact that these three buildings were all built on the same site on the Embankment reflects the Capital’s unending re-invention of itself. There is an enbedded link between the existing building and the hotel but it is an open question how much of the stone and bricks of Salisbury House are still extant in the walls or foundations if surrounding buildings. It is one of the features of London – helping to explain why street levels are much higher than they were in Roman times – that building materials are conveyed into London and mainly stay there. 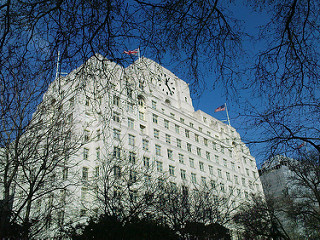