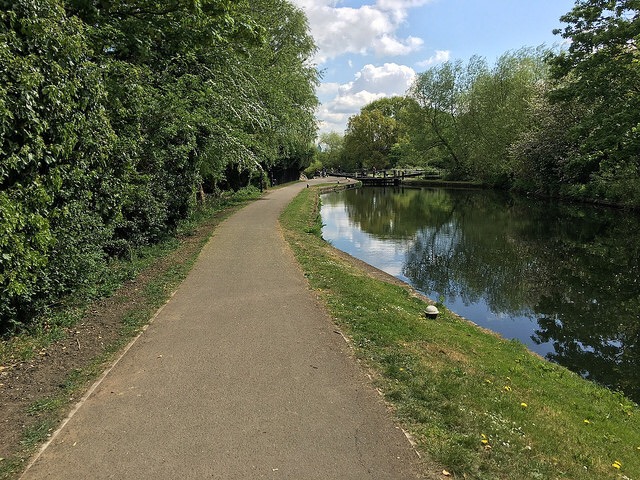 The towpath on the way to Brentford

At 11 am on August 1, 1820 something unusual happened when the Regent’s Canal was opened making it possible to travel by boat from Limehouse in the east to Brentford in the west. Suddenly London (well, north of the Thames) technically became an island surrounded by water.

It is not the first time this has happened. The centre of London was an island for hundreds of years when first a monastery, then an Abbey then a royal palace and then Parliament were all built on Thorney Island, the landmass formed by the convergence of the Tyburn river with the Thames at Westminster.

Sadly, the pristine path of the Tyburn has long since been lost. The river still rises in the hills of Hampstead but its waters soon become overwhelmed by less salubrious ourflows from Sir Joseph Bazelgette’s amazing sewer system. However, one section of it still meanders, albeit mixed with sewer water, under The Green Park and the Victoria Palace Theatre and under Vauxhall Bridge Road until it exits a few hundred yards east of Vauxhall Bridge. The other leg turns east around Buckingham Palace towards Thorney Island but is lost amid the sewage. 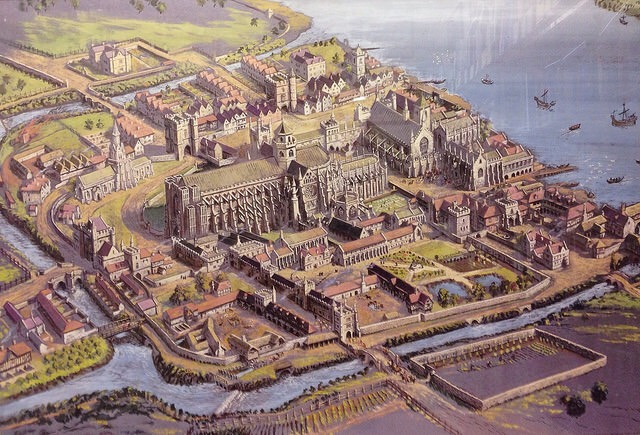 Thorney Island that was

You can’t amble around Thorney Island anymore but it is possible to walk the Regent’s canal along the towpath which I did recently, a long, tranquil meander along parts of London you would not normally encounter – through the bustling waterside cafés and pubs of Islington, Camden and Paddington to a prolonged country walk where the Regent’s Canal merges with the Grand Union and eventually joins the Brent which empties itself into the Thames at Brentford. For most of the journey it is difficult to believe you are still in one of the most populated places in Europe.

In earlier blogs I have pointed out that it is possible to walk from Trafalgar Square – the acknowledged centre of London – to Islington without actually crossing a road by walking by the Thames path to Limehouse and then using the towpath of the Regent’s canal to get to Islington. It is only because the tunnel which channels the Regent’s Canal under the centre of Islington has no towpath that it is not possible to walk further. Local residents objected to a towpath under the bridge claiming it would have provided an escape route for robbers. Had there been one under the tunnel it would have been possible to walk from Trafalgar Square to Brentford without crossing a road and, who knows, if one turns right at the junction of the Regent’s with the Grand Union maybe as far as Birmingham.

I know of no other capital city where it is possible to walk so far without crossing a road. Transport for London has a statutory duty to promote walking but you seldom if ever hear of plans to build walkways in central London as they have done in New York and Chicago. Maybe we should make a start by utilising the money saved from not building the Garden Bridge.