Road works in our street in Victoria to install new electricity cables this week have uncovered part of the entrance to a vast Victorian prison. The old bricks (above) which are from the right side of the trench (below, right) are from the prison known as Tothill Fields Bridewell built in 1834 on the site of what is now Westminster Cathedral and surrounding mansion blocks. The prison extended over what is now Thirleby Road as can be seen from the illustration (below, left) which overlays a current map of the area on a map of 1862 showing the extent of the prison. The long trench in the photo runs from the beginning of Thirleby Road at the Francis Street end. It can be seen that the remains of the wall were very near the entrance to the prison and the  fragments of stone (bottom photo) may have been part of the entrance (reproduced in the print below). Bones were also found during the excavation of the trench.

Roadworks offer an unusual opportunity for amateur archaeologists to exercise their curiosity. Among finds I have come across recently in this area are two separate sightings of the Tyburn River  and part of the  foundations of Whitehall Place. 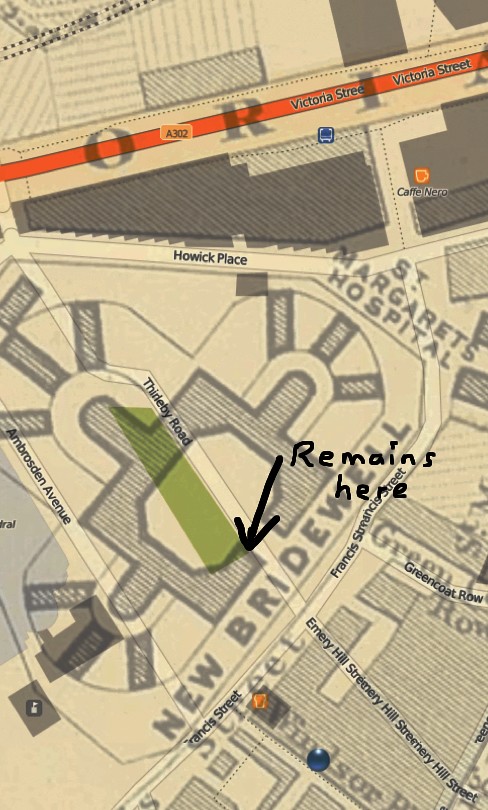 Tothill prison was built on the site of an earlier prison on an 8 acre site along open principles espoused by Jeremy Bentham as a House of Correction for vagrants. Bridewells became the generic name for prisons after Bridewell Palace by Fleet Street, built by Henry V111, was converted into a goal. Tothill had a reputation for being well managed – which may account for the fact that it had a high degree of re-offenders who rather preferred the goal to the outside world. The stone entrance to the prison (seen at the rear of the courtyard below), can still be seen as it was transported to the rear of what is now the Supreme Court in Parliament Square.. This is the only remnant of the original prison I have come across – apart from some bricks recovered from this week’s excavations which I am keeping as a souvenir. 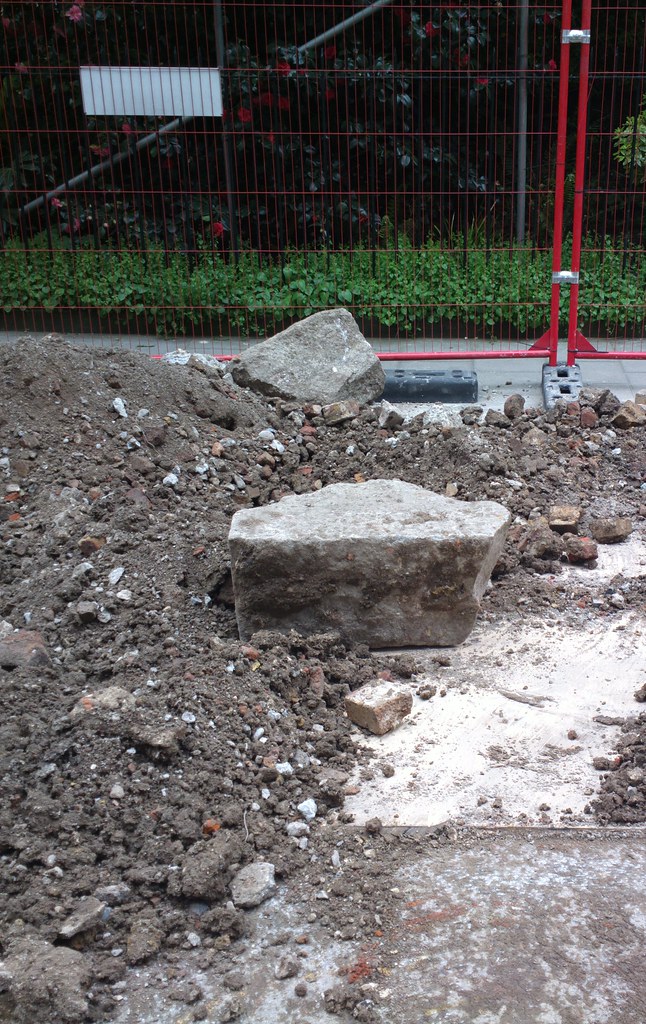 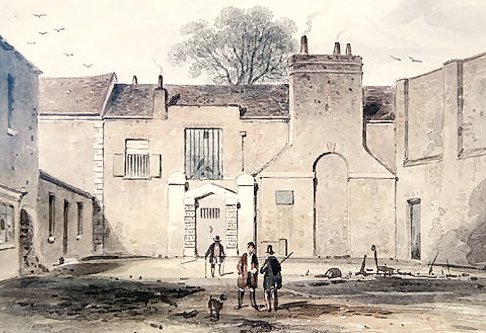