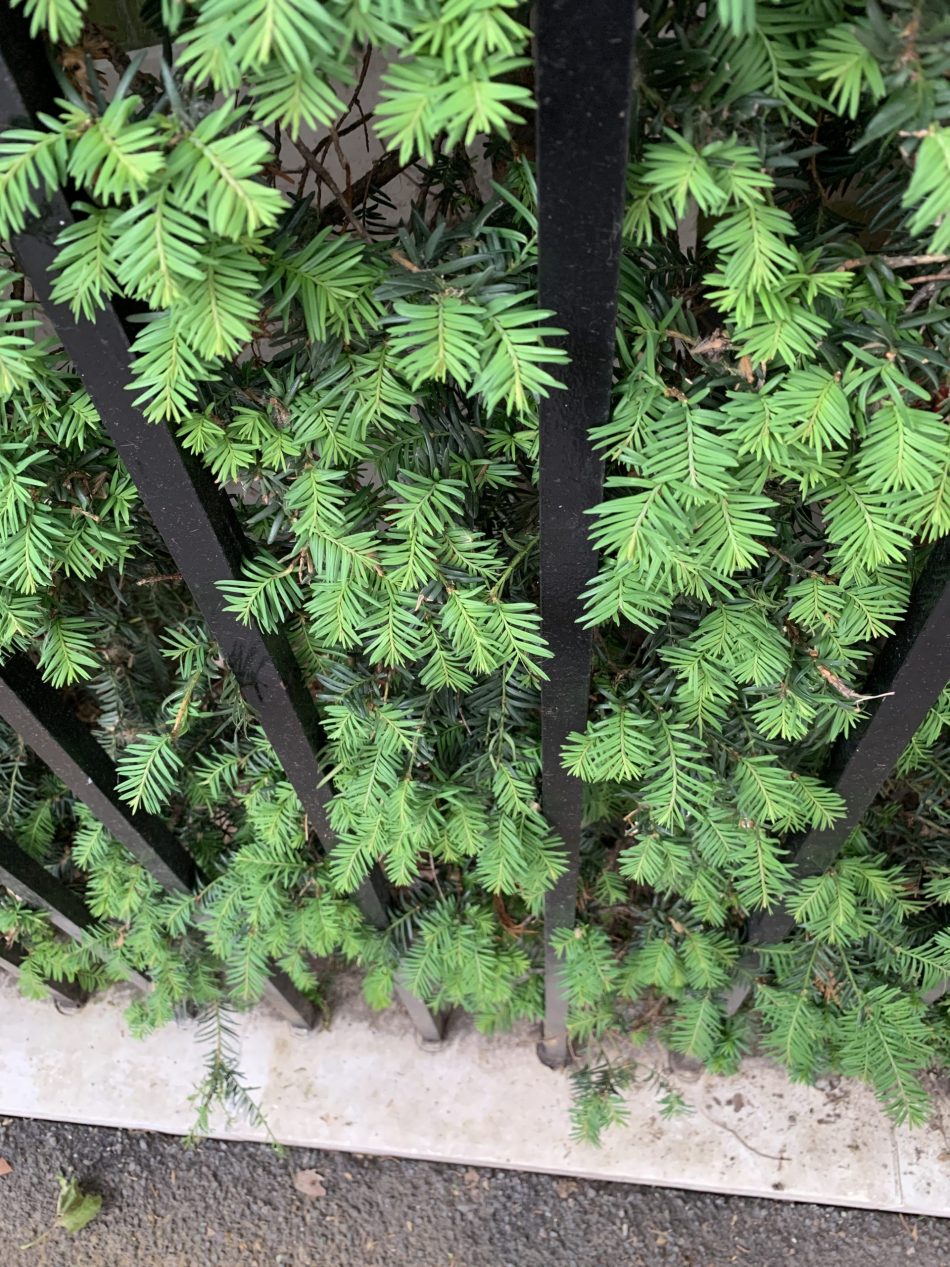 Most country folk will tell you all
If you cut one down bad luck will befall
In churchyards their seductive leaves are spread
See how they thrive among the sleeping dead
Unlike willows, oaks and other trees
The yew was never made to please
Everything about it you will find
Is poison to the human kind
Its leaves, its trunk, the wood inside
Even the shavings when sawing the tree
Could end a life that no one could forsee
Medieval longbows made victory sweet
But how many died manufacturing this feat

Yew, we can get you Hall of Fame admittance
As long as you promise – keep your social distance.